Recently, I stumbled upon the following article: 5 Things Jewish Parents can Learn From Christmas, and under normal circumstances I will just finish reading like nothing happened, but an article suggesting I can learn something from Christmas in the days of Hanukkah was huge (I mean, seriously?!). Please, don’t get me wrong, Christmas is OK for Christians, but in a time when there is a great deal of assimilation, when even Jews are forgetting the deep meaning of Hanukkah and most of non-Jews, specially in the USA, believe that Hanukkah is just the equivalent to a “Jewish Christmas”, I wanted to step in.

In its very core, Hanukkah is a fight for the traditions of the Jewish people and a fight against assimilation. This history happened when Jews refused to follow the orders of the King, Anthiocus Epiphanes, of following other customs and assimilate to the greek-syrian traditions. Anthiocus Epiphanes went too far by making an idol to stand in the Jewish Temple and prohibiting  to follow the Torah (Jewish Law) under death threat. It was a time of oppression; but when a man, Matityahu (Mattathias) Maccabee, was called to worship the idol and he refused, and then he killed an officer of the King, an organized rebellion started that eventually fought against King Anthiocus and won, after 4 long years of initial war. This led to the re-dedication of the temple and regaining of some sort of independence (plus, many years of confrontations afterwards).

Apart from the historical details of Hanukkah (also known as “Festival of Lights”), these are 5 things Non-Jews Parents can Learn from it:

At the time of Anthiocus Epiphanes a lot of people of different faiths and cultures abandoned their traditions in order to follow the King’s rules, even many Jews started to follow the hellenistic ways (yup, this is the ugly side of the Hanukkah history) but then, a man stood up, Mattathias Maccabee, with his family and many others, defenders of their traditions, fought the king, organized a rebellion, won the war and regained the Temple. Hanukkah is also about standing up and give the voice to the ones that don’t have one. It tells the story of those who defended their beliefs and guard their traditions in a time when for doing so, you were consider an enemy of the king. This is what it means to be a person of integrity and act accordingly you believe in.

Recruiting an army to fight the king, educating the people in the ancient traditions, be a motivator of the people and finally go out and face the oppressors didn’t happened overnight. Having a focus, courage and perseverance was key to success. Even after re-dedicating the Temple, the Jewish people had to continue their fight for a long period of time while they were subjected to tortures and mistreatment until they finally reclaimed their rights.

Fighting for a cause and legacy is not possible alone, you need a team that not just “believe” in it, but that are also willing to put in some work. With a team comes responsibility. As a leader you also need to give some motivational speech. It is not about you anymore, but about what you accomplish along with your team. 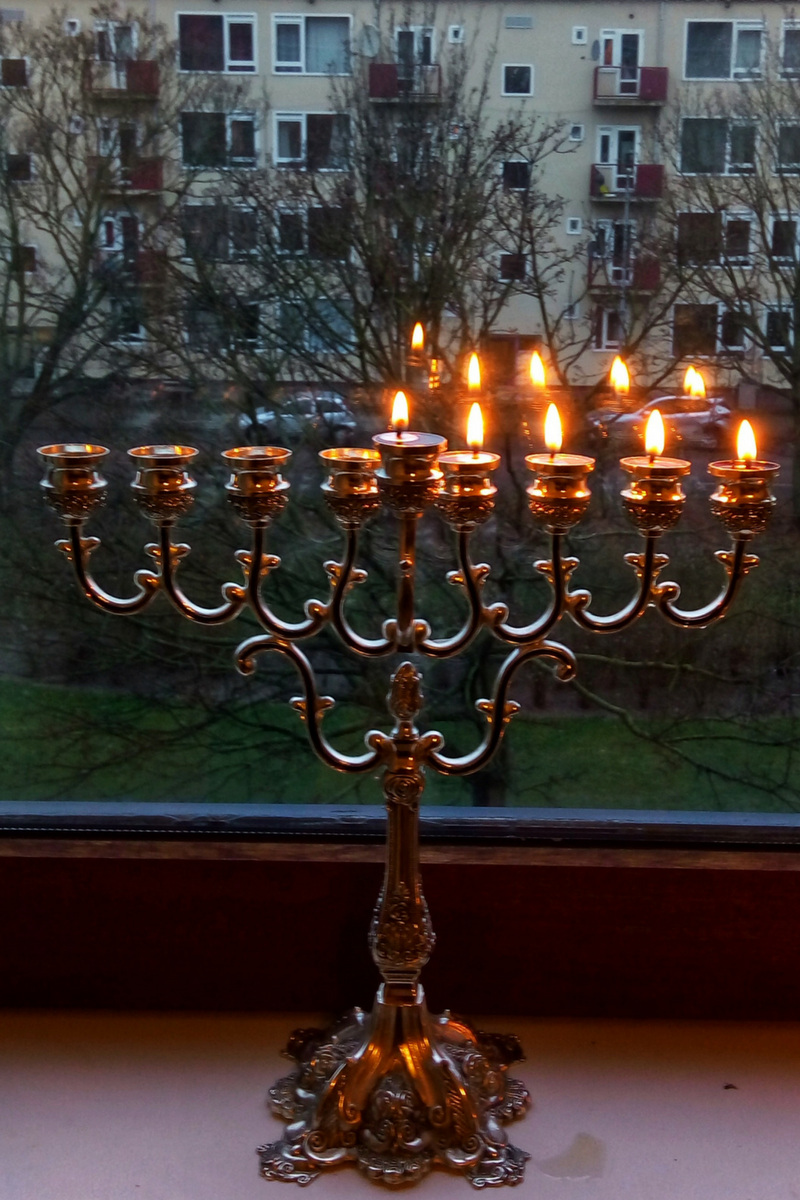 4. Have your own identity

As we mentioned earlier, during Anthiocus Kingdom, many people, including many Jews, abandoned their traditions. By doing so they demonstrated how insignificant the meaning of the traditions were for them and soon they forgot who they were. They just wanted to be as everybody else to the point of changing their appearance to please others. Not all foreign traditions and customs threatens our own traditions, but it is important to recognize that traditions constitute an important part of us, as individuals, and is the base for our ethic, principles and role model examples. By minimizing their meaning or importance, eventually the own sense of being will suffer and you may end up to be just more of the same.

Noup, not talking about the turkey dinner here, Hanukkah history also teach us to give thanks. Judah Maccabee had many victories and he could thought like: “you know what? I am the smarter and strongest guy in town”, but instead, he took the time to thanks God for his achievements, believing that is God who gave him the strength to accomplish his goals. Maybe today, because we don’t have to fight for your freedom, we often forget to give thanks. We are alive. We have a lot of things to be thankful for.

Hanukkah is a history of survival, a fight for freedom, a fight against oppression. Hanukkah is the meditation about your own traditions and defining yourself as an individual within a dominant culture that may not just differ from your own but that may even want to drown you. In such times, be a person of integrity, have perseverance, work as a team, have your own identity and when you have succeeded, don’t forget to give thanks.