Today we are making Stuffed Peppers! 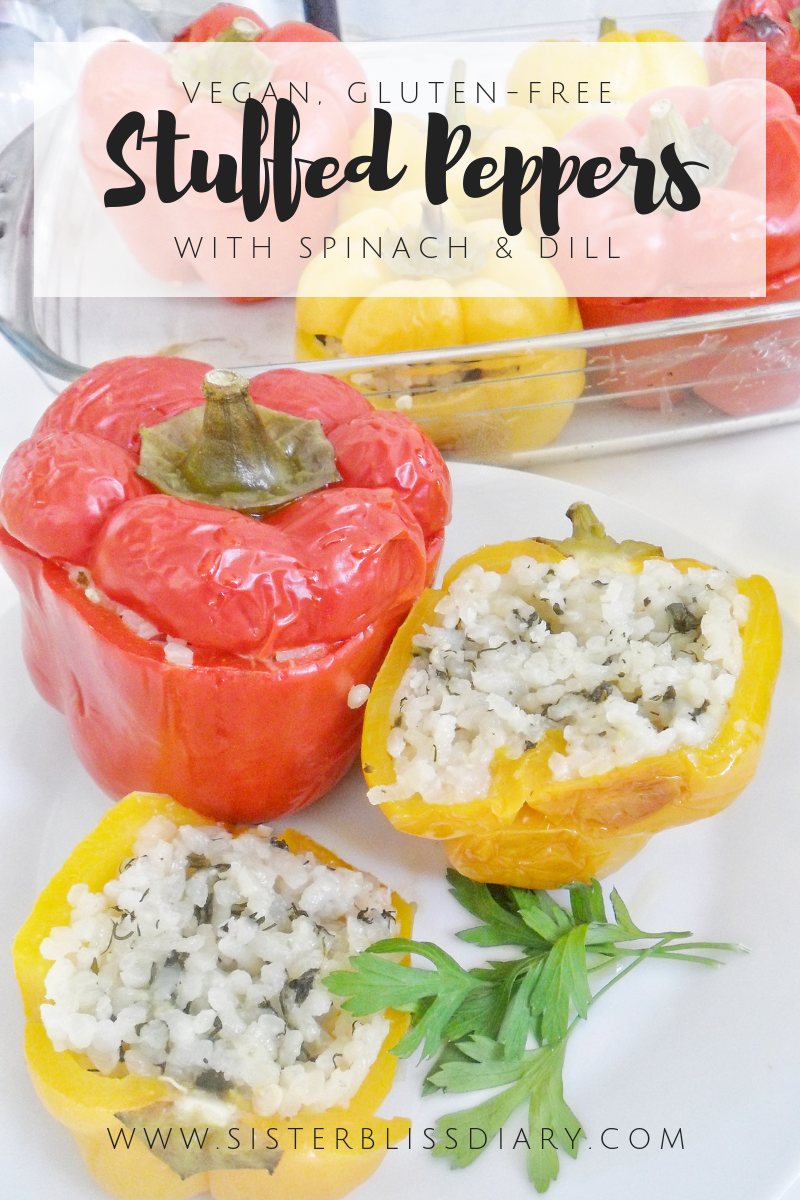 I tried Stuffed Peppers and I failed miserably

Somewhere in May, one random ereb shabbath, my creative energy was not flowing AT ALL. After a while I decided I was going to make Vegan Stuffed Peppers for shabbath, since I had what I needed: Peppers and rice. Right? Wrong!! 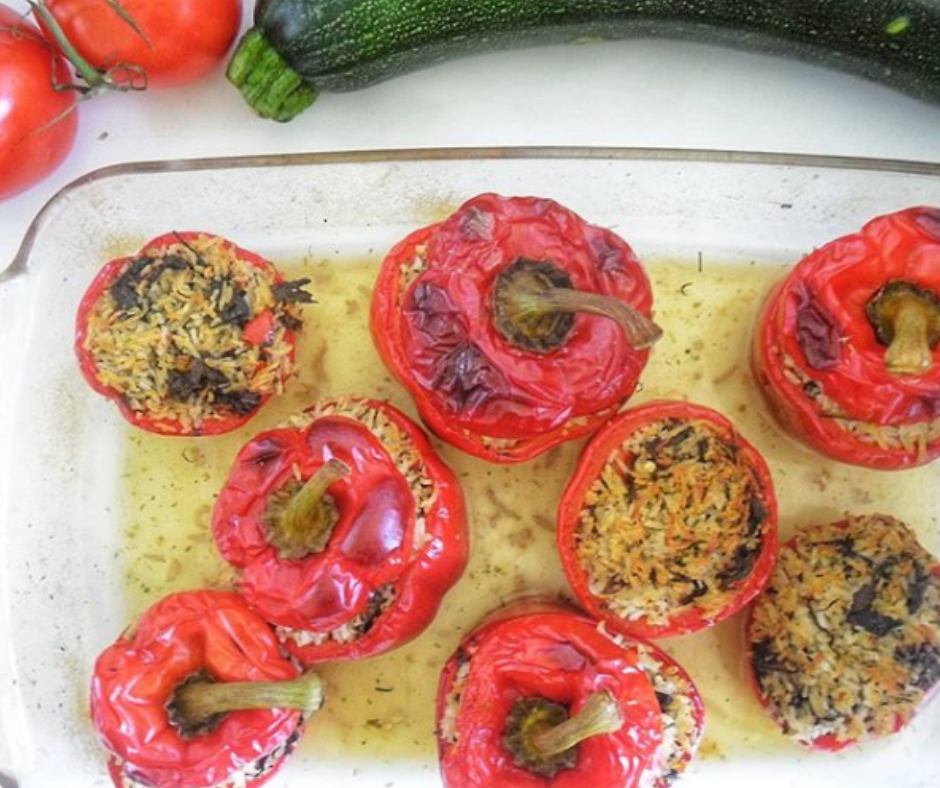 Usually, when people realize that I “can cook” they automatically assume all I do is good and perfect from the first time, but the truth is good food is a beautiful leaning process. Some get it easily the first time, and other after a few tries. You are now a witness; the first time I made stuffed peppers it was for sure a total disaster. For some reason (maybe all those 30 seconds insta videos are guilty lol) I believed stuffed peppers was about just peppers and any rice, so I tried with basmati and I failed miserably.

I love Basmati rice. It has beautiful aroma, cooks easily, fluffy and separate which makes it perfect for salads and pilafs, but definitely not so good for stuffed peppers. As you can see in the picture above, the rice looks dry (it was actually crispy) and it was not holding together, as it should when making stuffed peppers, so the perfect rice to make stuffed peppers (and also dolmas, stuffed cabbage, and more) is risotto rice.

The Basics of Stuffed Peppers

The good thing about Stuffed Peppers is that, apart from the rice, there is really not “basics”…. Well, maybe there are a few “must”, and they are: 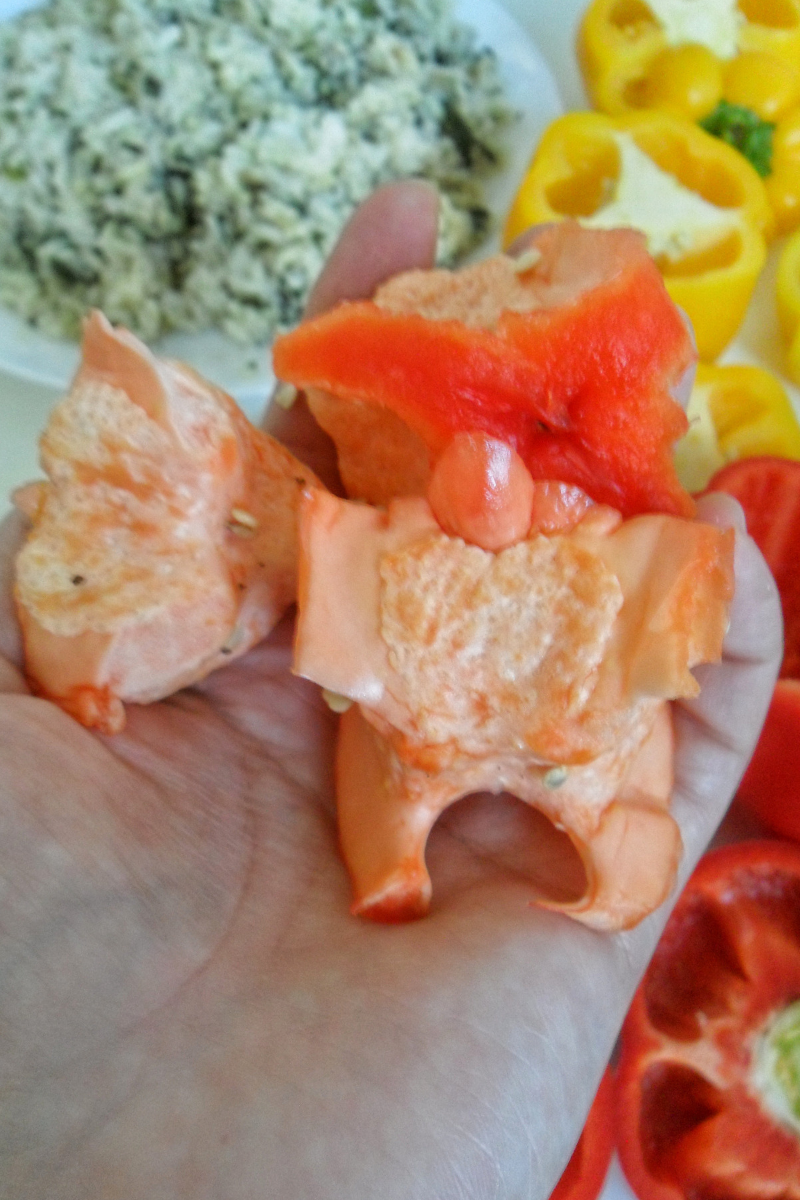 Bonus Tip! Don’t throw away the peppers core! Remove the seeds and store in the freezer on resealable bags. They give amazing flavor and aroma to any stew, specially stewed kidney beans. Nom nom!

How to Make Stuffed Peppers 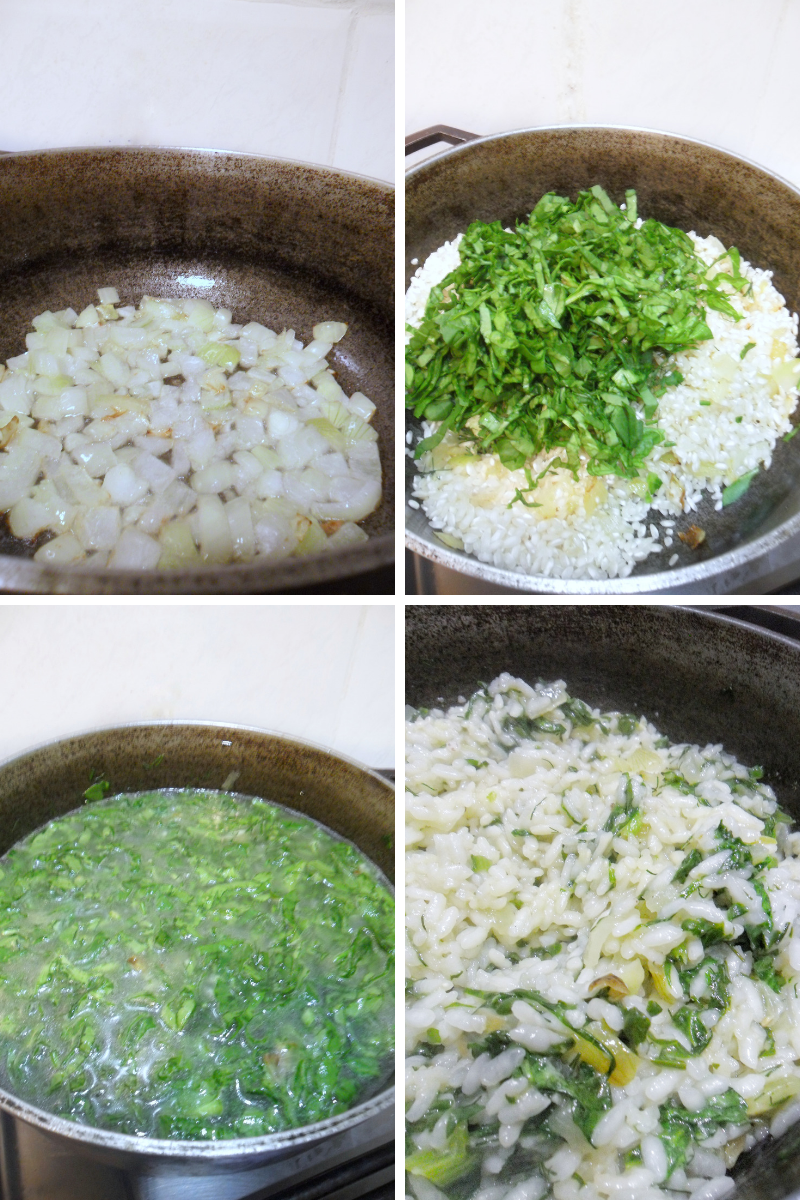 Because this is a very basic Stuffed Peppers recipe, I used 3 simple ingredients for my rice: onions, spinach and fresh dill.

Basically, I sauteed the onions until lightly golden. Added the risotto rice, spinach, dill and salt to taste. Cook until most of the water is absorbed. Then, cover with the lid and cook on low until the rice is al dente. 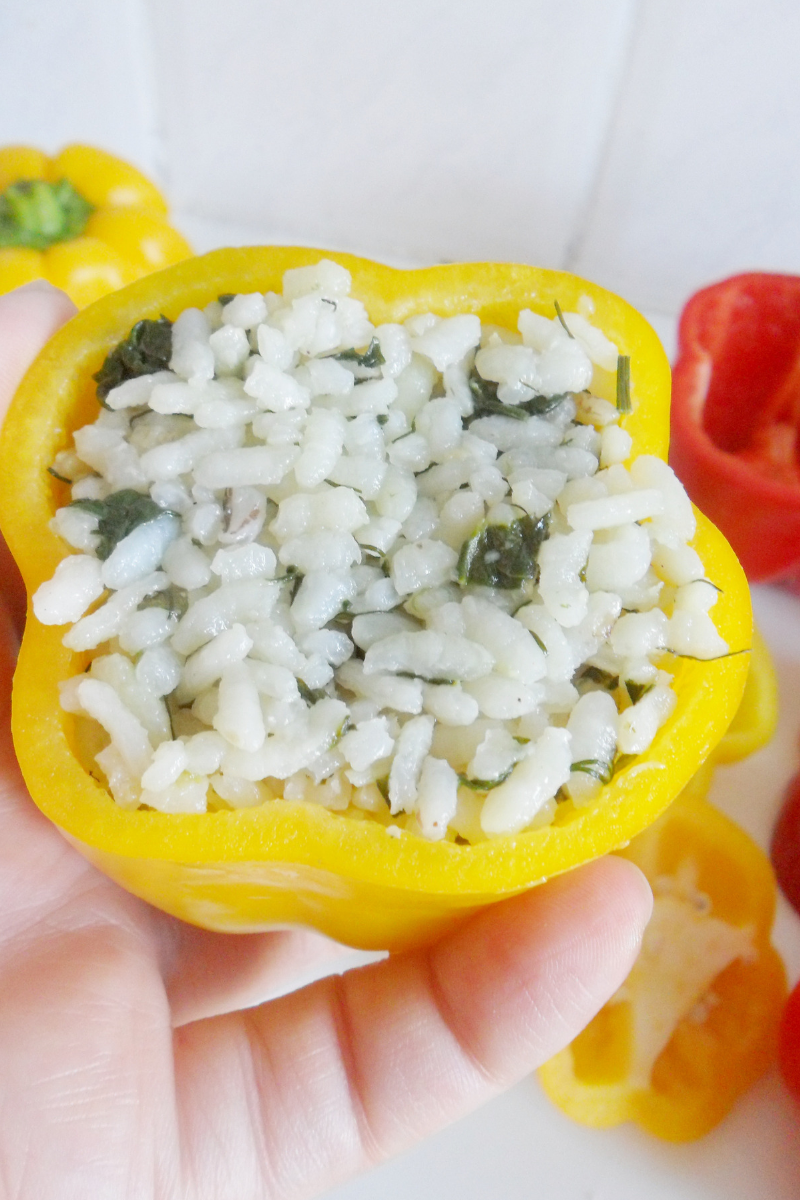 What you need to do next is to stuff the peppers, place the pepper caps on top, and bake until the peppers are tender.

When you make this recipe or any other from the blog, use the tag #kasheribbean. And, don’t forget to follow on instagram and pinterest to keep up with our easy recipes from us and the blogosphere! 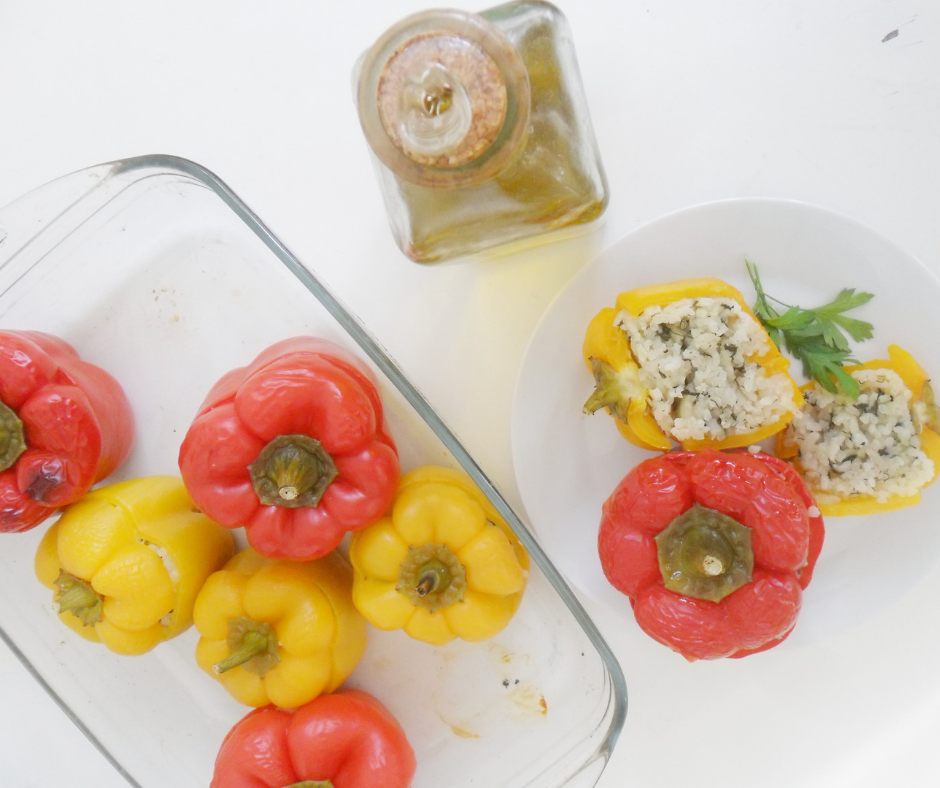 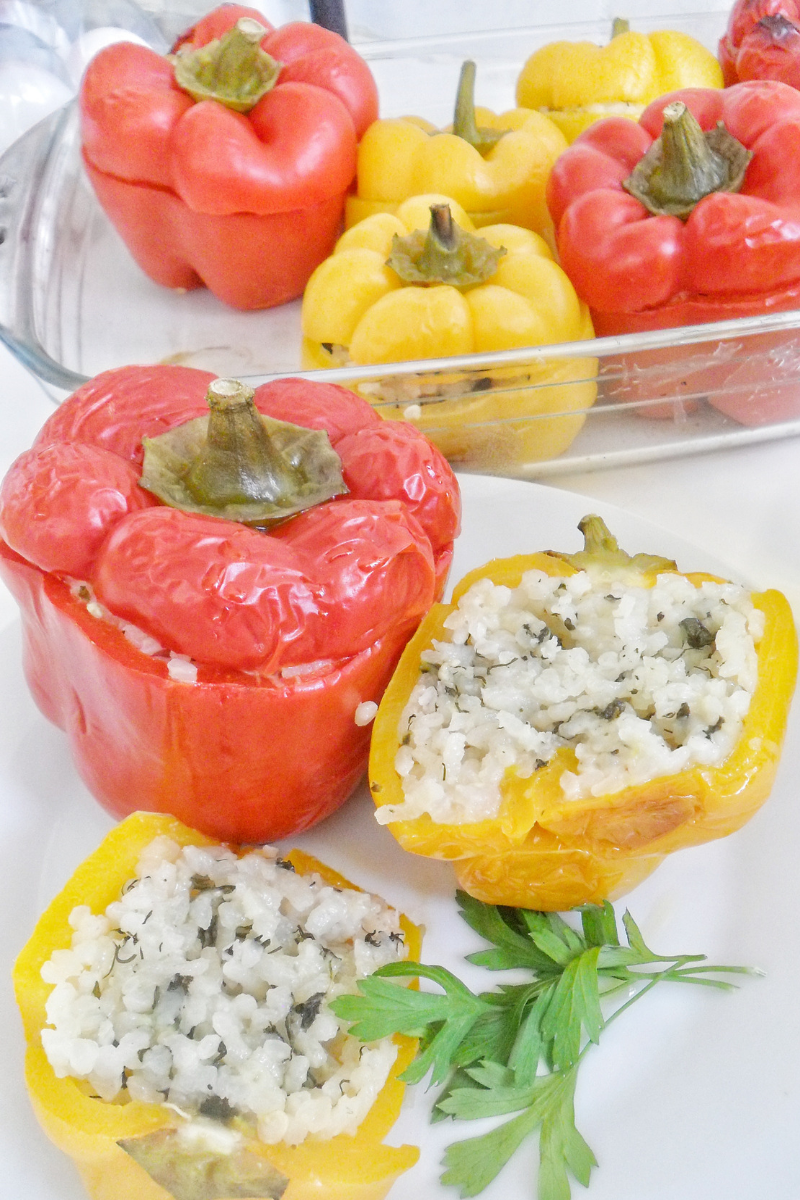 As you can see, Stuffed Peppers are easy to make and you can play with the fillings as much as you want, so the combinations are endless. Play around with your favorite ingredients and let us know the most exciting combos you come up with! 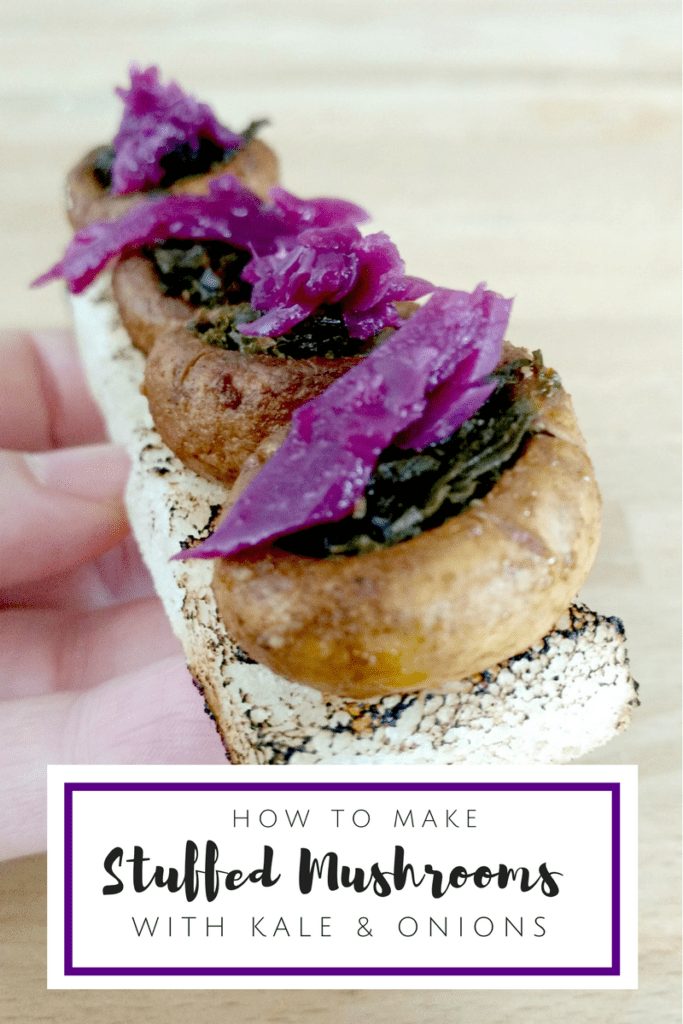 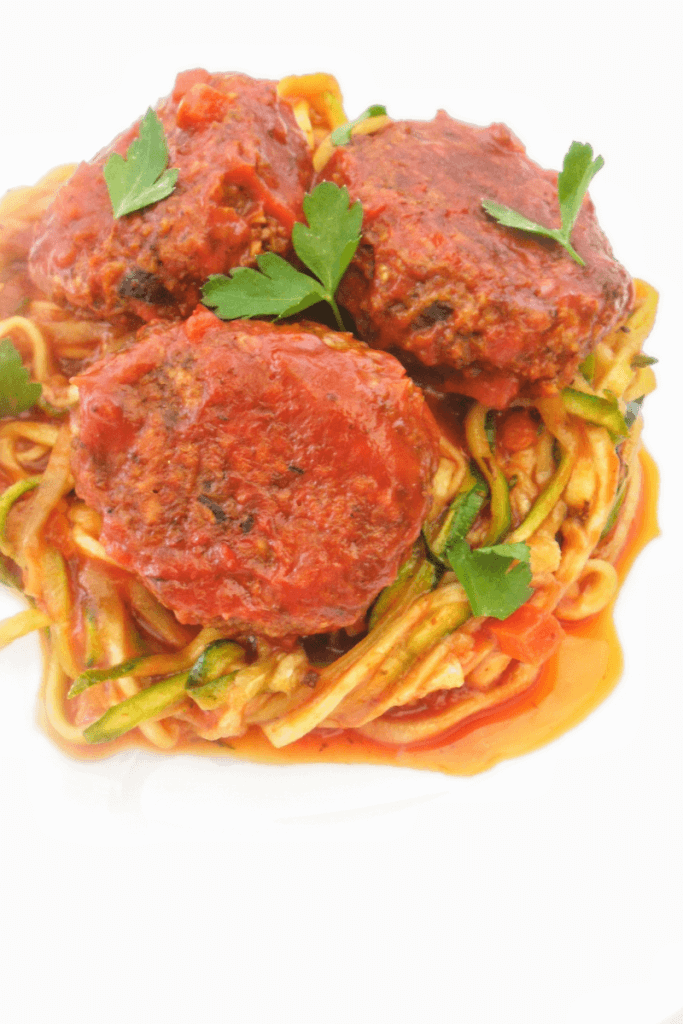 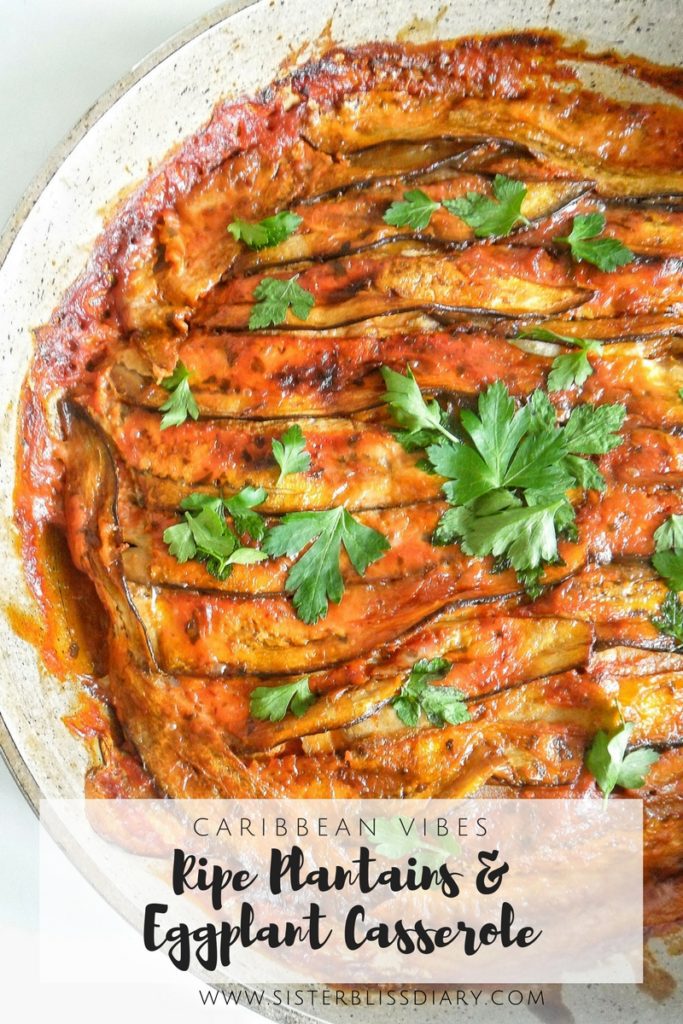